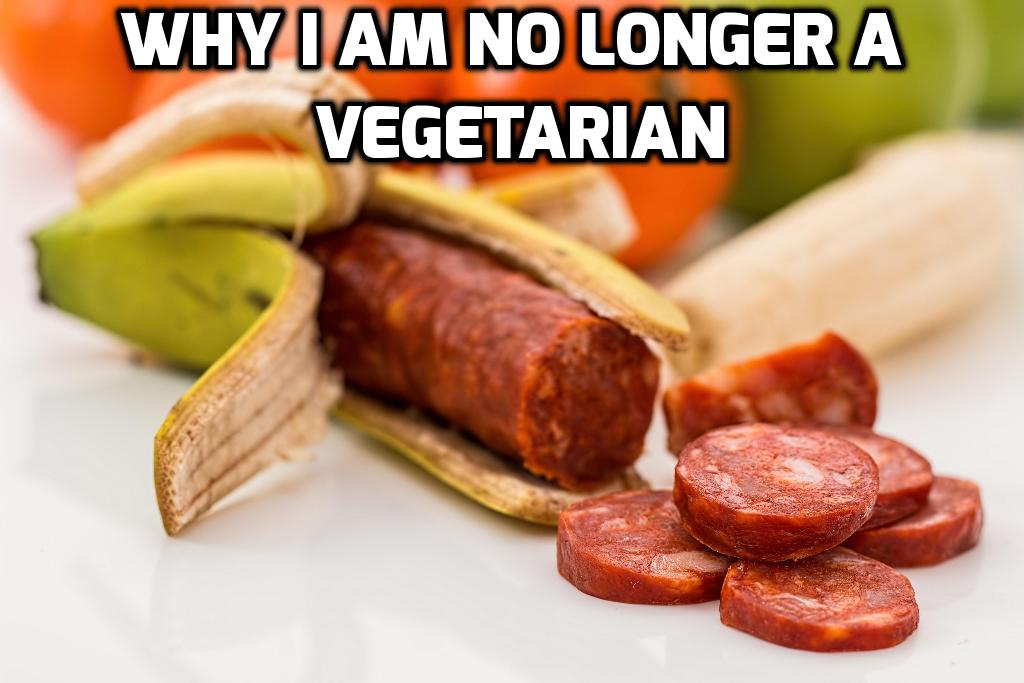 By the title of this article you may think I’m going to tell you how wrong and awful  vegetarianism is. That is not what this article is about. I quite enjoyed my vegetarian diet when I was on it. And I am a firm believer that the Lord made us all unique. What works for one, may or may not work for another.

I want to share my story so to hopefully encourage and enlighten you in yours.

I was raised on most of my earlier teen years on processed foods consisting of Mcdonald’s dollar menu and microwavable bean and beef burritos. When my mom had to go back to work when I was in middle school, it left her no choice but to rely on prepackaged foods after a very long day’s work. She was able to stay home with my sibling and I beforehand where she always made things from scratch. But a series of events drove her back to work outside of the home and with that, her awesome cooking.

Throughout those years, I suffered from IBS, acne, eczema and terrible headaches. When I got married in my early 20s, my new husband quickly found out that my symptoms were becoming increasing debilitating. It was a conversation about vegetarianism with some friends that convinced me to do a 1 month vegetarian diet.

That month changed my life! I read book after book about vegetarianism. I traded in chicken nuggets and BBQ ribs for fresh salads and beans. My symptoms vanished and my energy levels were restored.

When that 1 month was up, I tried going back eating meat only to experience those same horrible symptoms return. Everything meat related that I tried made me so sick with the exception of fish. So, in my new discovery I vowed to never eat meat except fish ever again and became a passionate pescatarian for 6 years.

It wasn’t until after my 3rd child that I started to gain new symptoms. When I was pregnant with my son, I was convinced that veganism was the ultimate diet to aim for and for most of my pregnancy I was completely plant based vegan. I was having alot of trouble nursing my son and my energy levels were not where they should have been. I was weak, super thin and my face looked sallow (not so great for the aging process!)

I found myself avoiding symptoms just because I did not want to admit that my diet may be the issue.

My body started craving meat. I was literally having dreams about eating big juicy cheese burgers. The smell of roasted chicken at the grocery store overcame me and bacon was a mere fantasy.

I was sick of the inconvenience of being the only vegan (or vegetarian, I went back and forth). Family gatherings were always a burden. I hated everyone having to cater to me. I felt guilty when I refused food from others just because it didn’t suit my dietary preferences. The Holy Spirit was constantly convicting me. How is that showing thankfulness? Gratitude? Love? Honestly, I just always felt like a stuck up jerk.

What was wrong with me?!

I think it was totally a God thing because everywhere I went, I ran into someone that was once a vegetarian or vegan and chose to go back to eating meat. God works on our heart gently that way. It was becoming a regular occurrence that I would strike such a conversation with strangers, that I decided to finally research the matter.

In all my research before about the benefits of vegetarianism, I was never open to the opposing argument. But I came to a place of surrender because I knew the Lord was trying to communicate to me. And I knew I would be a fool to continue ignoring Him. 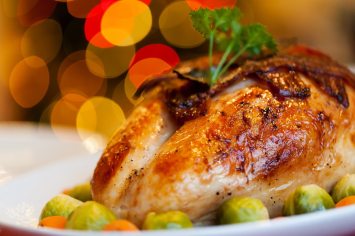 This all brought me to one Thanksgiving day when I announced to my family that I was going to eat some turkey. It was quite embarrassing, being the advocate I was before that moment. My beautiful family of course was amazing and loved me in my broken pride.

I gradually added back meat in my diet starting with lean bison, then chicken and so on. I was so fearful of the symptoms of my early adulthood returning that I took great caution in the quality and quantity of meat I partaken in at one time.

I did have a gag reflex from the texture of animal flesh but it only took about a week to get over it. My body began to feel balanced again. The meat was healing my deficiencies and I began enjoying the new freedom I had apart from the restrictions of a vegetarian diet.

Now, fast forward several years later, I have absolutely no regrets about going back to eating meat. I also don’t regret those years being a vegetarian because I do believe the Lord healed my body through eating lots of amazing veggies that He created. However, I no longer identify myself with any particular diet.

And for the social aspect, I have learned that it is better to show love to others by partaking in their food and detox later, than it is to offend someone and loose their respect. People are above food. I think sometimes we get our priorities mixed up. God made our bodies to eliminate toxins. So yes, you may feel bloated, or sick but it’s a small price to pay to be amongst others. Take the smallest amount, and thank the host. ( I like to pack digestive enzymes for this very reason.) Don’t look like an ungrateful brat.

Now my philosophy is this, if God didn’t make it, it’s not good for you. It’s that simple. Eat unprocessed whole foods as much as possible. If it has chemically words in the ingredients, it’s a no go. If I need more carbs, I eat more carbs. If I need more fat, I eat more fat. If I am feeling jiggly and lazy, I need to get off the couch and get moving. There are no extremes, and no dogmatic food lists to avoid. I am no longer a slave to my diet. I listen to my body, give it what it needs and thank the Lord with the good health and energy He blesses me with.

3 thoughts on “Why I Am No Longer a Vegetarian.”